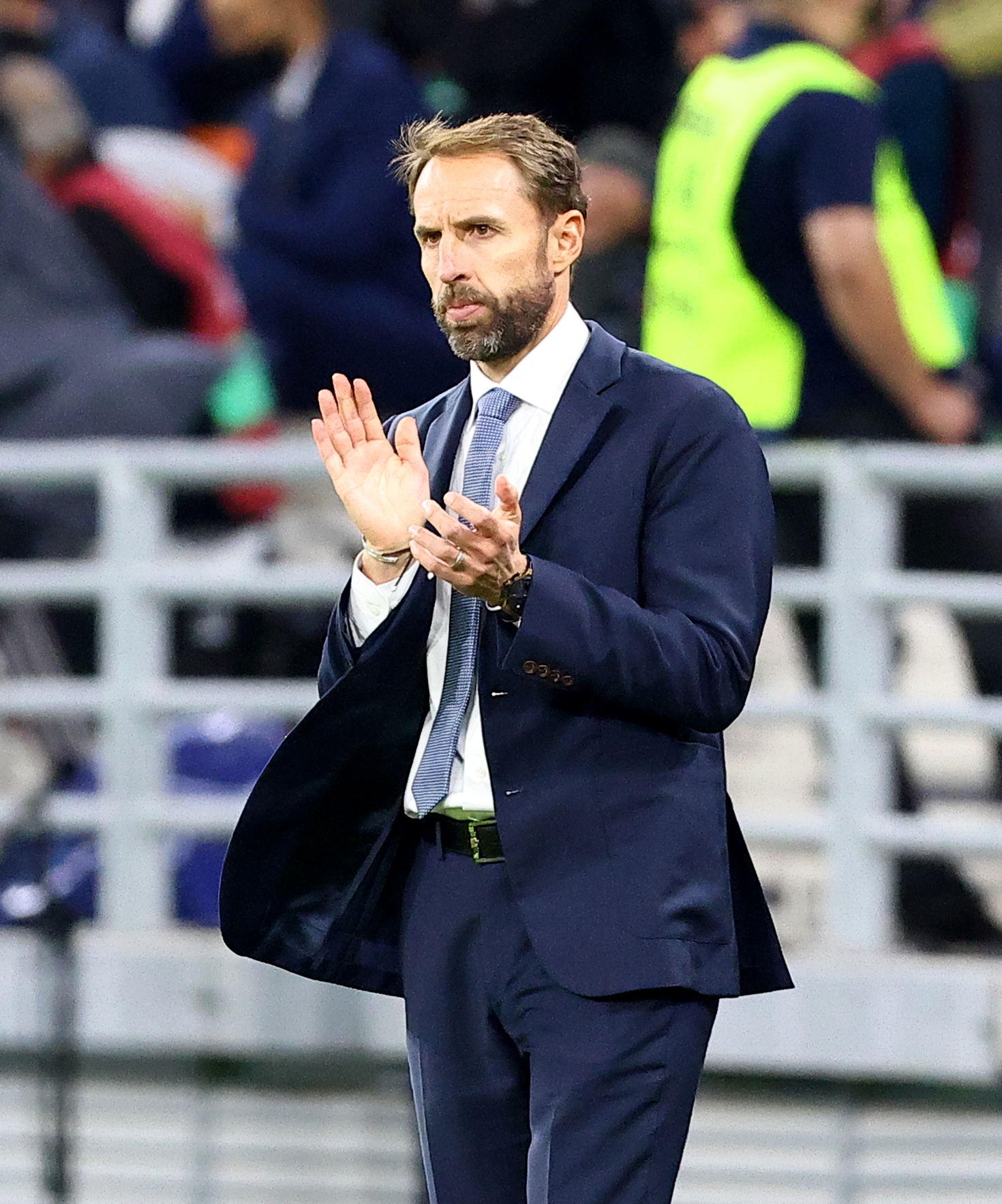 Gareth Southgate expecting England to get a ‘fantastic reception’ at Wembley

Gareth Southgate expects his players to get the “fantastic reception” they deserve when England step out at Wembley for the first time since losing the Euro 2020 final.

Nobody will forget the Three Lions’ run to just their second ever major tournament final, nor the heart-breaking manner in which their hopes were ended on penalties against Italy under the arch in July.

Marcus Rashford, Jadon Sancho and Bukayo Saka were subjected to sickening racist abuse online after missing their spot-kicks, but that hate was met by an outpouring of love from across the world.

England fans will again show their backing for the trio on Sunday with a banner at the World Cup qualifier against Andorra as Southgate’s side line-up at Wembley for the first time since the loss to Italy.

“I don’t have any doubts that the players will get a fantastic reception on Sunday,” the England boss said after Thursday’s 4-0 win in Hungary, where Raheem Sterling and Jude Bellingham were subjected to monkey chants.

“I think the country knows the journey they took them on and although there were some ridiculous things happened on the night of the final and some awful things were said by some.

“It’s like we are saying tonight, you shouldn’t tar everybody with the same brush. We shouldn’t tar all the Hungarian fans with that brush and it’s certainly not the case with our own fans.

“We know the groundswell of support that came immediately after that abuse the three boys received and I witnessed that first hand when I went to Brentford and saw Bukayo come on – it was an incredible experience to see – so I’m sure that’s exactly what we’ll see on Sunday and the players completely deserve it.”

Rashford is absent from this squad having undergone surgery on a longstanding shoulder issue, while Sancho missed the trip to Hungary with what Southgate called a “minor knock”.

Saka was a late substitute in a match that saw Southgate keep faith with 10 of his starters from Euro 2020 final, although the team will be mightily different on Sunday when Andorra, who are ranked 156th in the world, come to the capital.

The England boss will select a side with Wednesday’s key trip to Poland in mind, meaning key Euros squad members like Conor Coady and Jordan Henderson could start as Leeds’ Patrick Bamford pushes for his debut.

“It is not so much sentiment but we have a really strong squad and at this stage of the season players are still getting up to full fitness,” Southgate said. “To be able to rotate and use the depth is very important.

“We have a group of players who deserve to play and any of them can go into the team and do a job as they have done when they have been in the past.

“Absolutely we will make a lot of changes, but what will be nice is that for those players who play on Sunday it will be the first game there since the Euros and they will get a fantastic reception I am sure. They deserve that hugely.”

On the subject of appreciation, Southgate does not believe “fabulous” forward Sterling gets anywhere near enough.

The Manchester City flyer shone for his country in the summer and starred again in Budapest, where he opened the scoring and then provided the assist for skipper Harry Kane.

“Of course there’s incredible competition for places at Manchester City as well as here but for us he has just been consistently a player who has delivered in matches and we have had complete faith in him,” Southgate added.

“He has more than rewarded that faith in the goals he has scored. This summer he was outstanding.

“I do think he doesn’t really get the recognition he deserves. He often goes under the radar and almost seems to have to continually prove himself.

“I was asked about that in the summer so let’s keep hoping he has to keep proving himself in the way he did again tonight.”