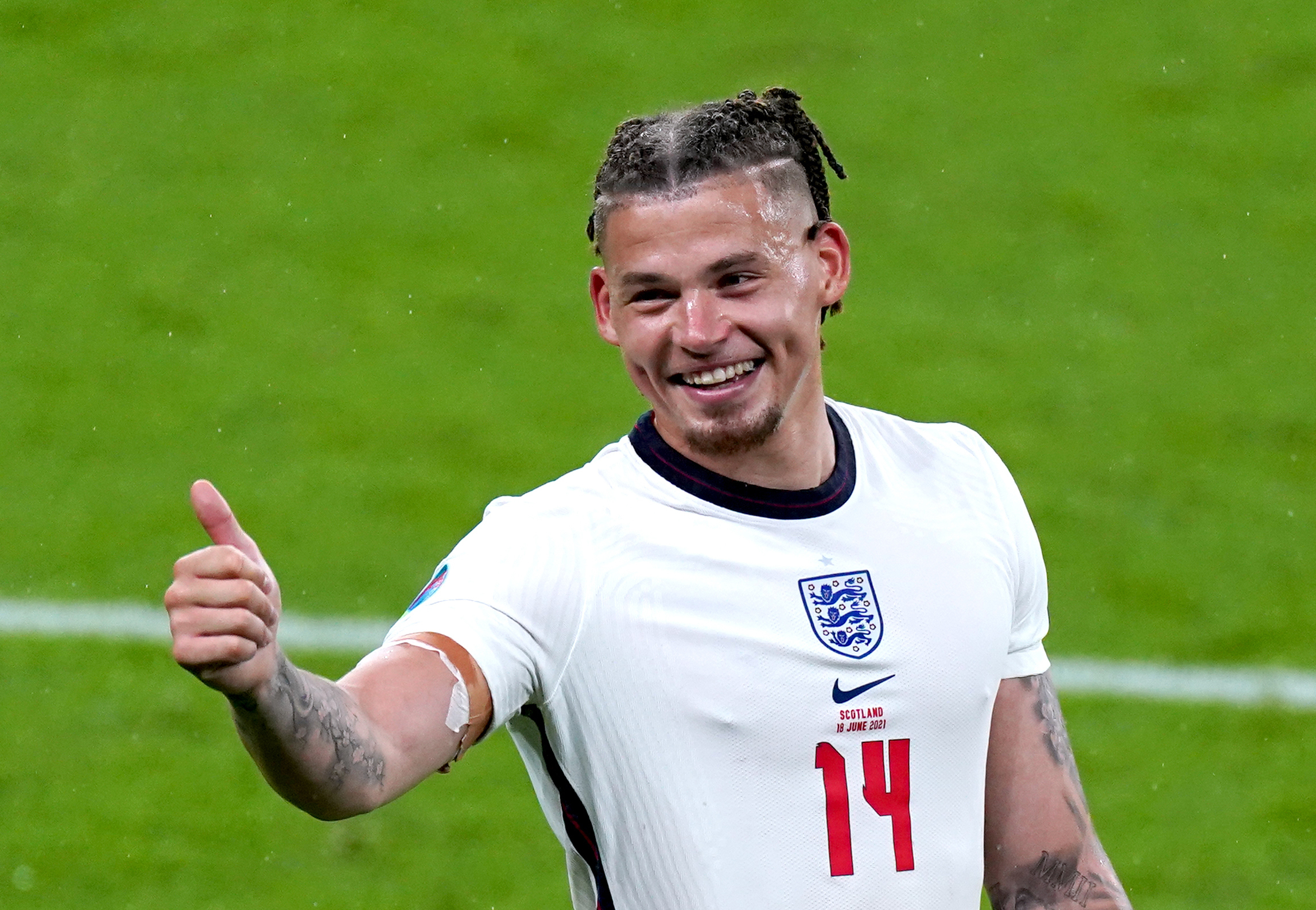 Kalvin Phillips is aiming to go “one step further” with England at the 2022 World Cup in Qatar.

The Leeds midfielder played a starring role at Euro 2020 as the Three Lions reached their first major tournament final in 55 years and they resume their World Cup qualifiers with three matches early next month.

Phillips made his intentions clear when revealing Gareth Southgate’s parting message to his players soon after last month’s penalty shoot-out defeat to  Italy.

Phillips told the PA news agency: “He told us just to stay fit, stay healthy and we can look forward to a very exciting World Cup, which I believe it will be.

“Hopefully, and I don’t want to say too much, but we’ve got a very good, young squad and I’m very happy to be a part of that.

“We’ll see how far we can get and hopefully go one step further next time.”

Only goalkeeper Jordan Pickford and John Stones played more minutes for England at the Euros than Phillips, who admitted he was taken aback by the faith shown in him by Southgate.

That trust was keenly demonstrated by the head coach’s decision to play Phillips in a more advanced role in England’s opening group win against Croatia.

“It was a massive surprise,” Phillips said. “I knew I’d done well in the games before the Euros, but I didn’t really know if I was going to play or not, I was just happy to be there.

“Then once you get the first taste you just want to keep playing more and more and the manager showed a lot of faith in me, even changing my position, so I’m grateful for that and very happy he did to be fair.

“Last season was obviously so good for me and the (Leeds) team. Finishing ninth in the Premier League shows how well we did and that gave me the chance to play for England.

“I got the nod from Gareth Southgate and I’m very grateful for that. Hopefully I can keep getting into the squad.”

Phillips’ meteoric rise with Leeds and England has had a positive impact on his first club, Wortley FC.

They have been inundated with calls from parents who want to register their children with the club and have set up a new open-age women’s team on the back of his popularity.

Phillips was speaking on his return to Wortley, where he made a surprise visit to take part in a McDonald’s Fun Football session.

“I’ve seen all the interest on social media and it’s very humbling for me to come back and get involved,” he said.

“I think these sessions are pretty special. From ages five to 11 kids can get free training and it’s a really good stepping stone to learn how to play the game and get involved with fun activities as well.

“It’s nice to see and be a part of it. Obviously when I was away at the Euros I didn’t really see much of the stuff like this, but to be in my hometown helping out with all the kids, it’s been great.”

:: Kalvin Phillips wants parents to register their kids for McDonald’s Fun Football sessions this September – FREE for all children aged 5-11. To find your nearest centre, go to: mcdonalds.co.uk/football