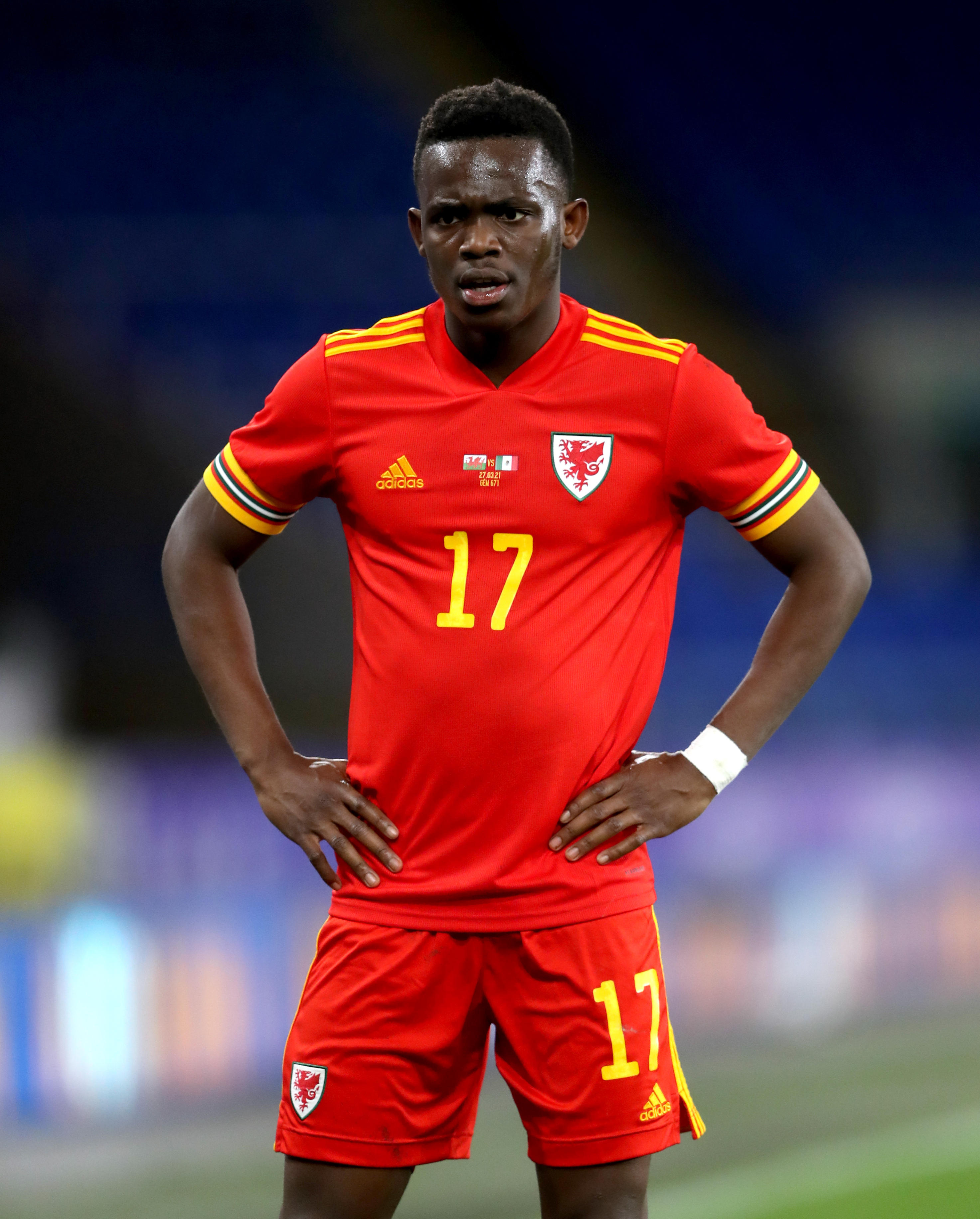 Rabbi Matondo hopes to make up for Euro 2020 heartbreak by helping Wales to the World Cup.

Matondo missed out on selection for last summer’s European Championship after breaching Football Association of Wales protocols in March 2021.

The on-loan Cercle Brugge winger was sent home after playing in the friendly victory over Mexico in Cardiff and was later omitted from the 26-man squad that took Wales into the last 16 of Euro 2020.

Matondo has not featured for Wales since his indiscretion 12 months ago, but that exile is set to end with the 21-year-old expected to win his ninth cap in Tuesday’s Cardiff friendly against the Czech Republic.

“When your country’s in major tournaments you obviously want to be a part of it, and it was tough not being there,” Matondo said of his Euros exclusion.

“There was always a way back into the squad by doing the right things on and off the pitch.

“I’ve had my ups and downs and I’m still learning. I feel like I am growing up step by step, year by year.

“I feel I’m in a better place than I was this time last year. I’d say I’ve grown up a lot in the last year or so.

“Being around these kind of players and professionals (in the Wales camp) does help me. Being back in the squad and just seeing the way they conduct themselves is helping a lot.”

Matondo’s difficulties with Wales 12 months ago were mirrored by his problems at club level.

Having left Manchester City for Schalke for over £11million in January 2019, Matondo’s time in Germany did not go to plan.

Schalke struggled and were on their way to relegation from the Bundesliga before the Welshman was loaned to Stoke in the second half of last season.

Matondo managed only 11 appearances and one goal for the Sky Bet Championship side during his first senior spell in English football.

He spent the summer watching Wales play at the Euros, even attending the round of 16 defeat to Denmark in Amsterdam, before making another loan move to top-flight Belgian side Cercle in August.

“I knew I had to hit the ground running this season and I had the courage from Cercle to push me to what I’m doing now,” said Matondo, who secured his Wales return by scoring nine goals in 15 games.

“I’m still learning, I’m still young, and I have a lot of years ahead of me.

“I have a long way to improve. I want to keep pushing and I want to be the best I can be.

“I want to be playing at the highest level. I am pushing in the right direction this season and hopefully that can continue.”

Matondo was on the bench as a Gareth Bale-inspired Wales beat Austria 2-1 on Thursday to book their place in the World Cup play-off final.

Wales will now meet Scotland or Ukraine, probably in June, to decide a place at Qatar 2022.

He said: “To be part of and in and around it was just unbelievable.

“It was a special performance from the team and from Gareth, he is one of the greatest in the game.

“The aim, and my goal, is to get to the World Cup in Qatar with Wales. It’s the big one, what you dream of growing up. We are now so, so close to qualifying and I pray to God we can make it.”