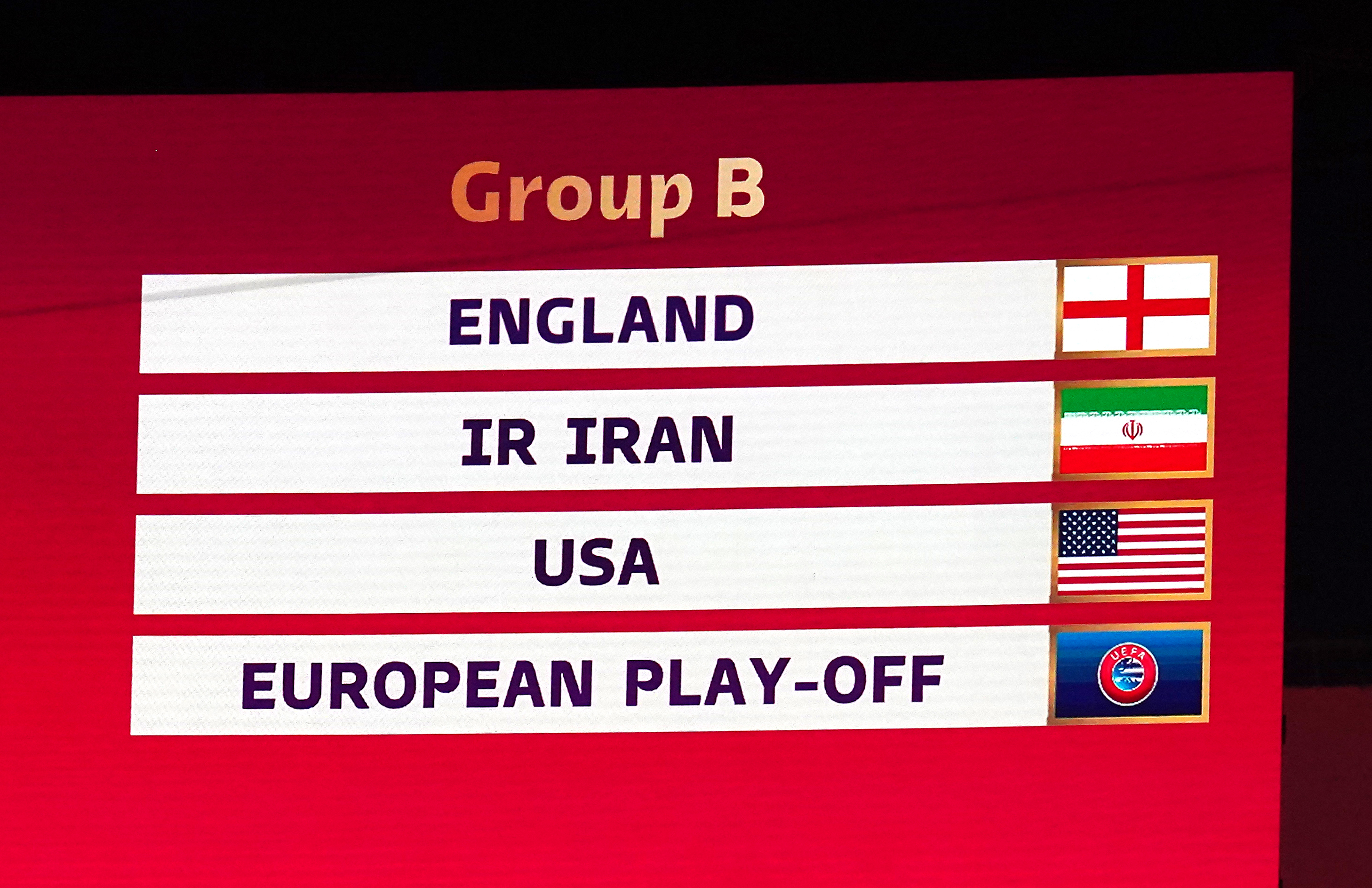 England will face Iran, the United States and either Wales, Scotland or Ukraine in the group stage of the Qatar World Cup.

Here, the PA news agency takes a closer look at the teams who stand in the way of the Three Lions progressing to the knockout stages.

Gareth Southgate’s men will kick off Group B on the tournament’s opening day against Iran, a side they have never faced in a senior competitive international.

Iran have made five World Cup appearances. In their last outing in Russia four years ago they won one match, drew one and lost the other as they finished third in a group containing Spain, Portugal and Morocco. They have never managed to get through the group stage. Iran are managed by Croatian Dragan Skocic.

The United States secured their spot in Qatar after claiming the final automatic CONCACAF qualifying place ahead of Costa Rica on goal difference.

This will be the country’s 11th World Cup – with their best showing at the inaugural tournament in 1930 when they reached the semi-finals. England have twice met the United States at the World Cup. In 1950, England suffered a shock 1-0 group-stage defeat. The Three Lions were then held to a 1-1 draw in their opening fixture in 2010.

The US failed to qualify for Russia 2018, and have won only two matches in their last three World Cup appearances. Gregg Berhalter, who had a brief playing spell with Crystal Palace at the turn of the century, has been the country’s head coach since 2018.

England could face British opposition for the first time at a World Cup in their final group match.

Wales are through to the play-off final, courtesy of Gareth Bale’s brilliant double in a 2-1 win against Austria, but Scotland and Ukraine are yet to play their semi-final clash following Russia’s invasion.

Scotland have not been at a World Cup since 1998, but Steve Clarke’s men played out a goalless draw against England at Wembley in the group stage of Euro 2020 last June.

Wales, whose last World Cup appearance came in 1958, lost 2-1 to England in the group stage at Euro 2016 but recovered to reach the semi-finals.  Rob Page is the man looking to lead the Dragons through the play-offs to Qatar. Ukraine, currently coached by Oleksandr Petrakov, last appeared at the 2006 World Cup where they lost to eventual winners Italy in the quarter-finals.